Myths vs Facts on Medicaid Expansion

Members of the Press:

As the debate over Medicaid expansion continues, it is vital to have an understanding of the real impact of closing North Carolina’s health coverage gap and to dispel false allegations and misinformation. Expanding Medicaid is a common-sense step that would expand access to affordable health coverage for thousands of families while bringing nearly $4 billion into North Carolina’s economy, which would create nearly ten thousand jobs and help rural hospitals remain open.

Thirty-seven states (including Washington DC), with bipartisan leaders, have already expanded Medicaid and are now receiving funding that could be coming to North Carolina. Across the state, health care and business leaders have called on the General Assembly to take action this year to close the coverage gap.

In the face of public support and momentum along with overwhelming evidence for the need to expand Medicaid, critics have resorted to false and misleading attacks that independent experts have said are just plain wrong. See below for the facts on Medicaid expansion. 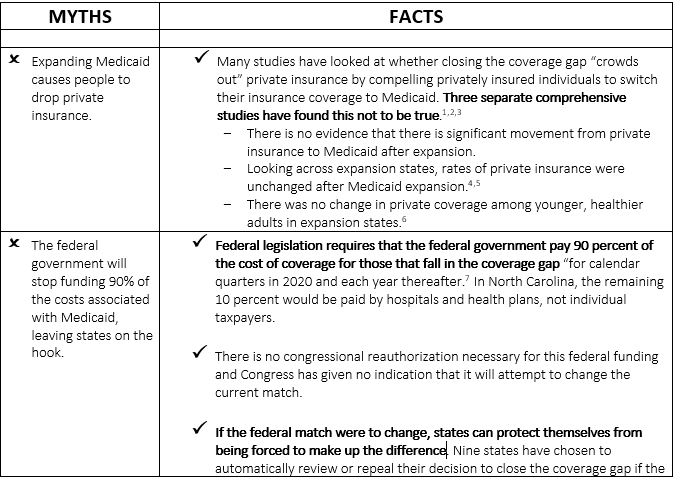 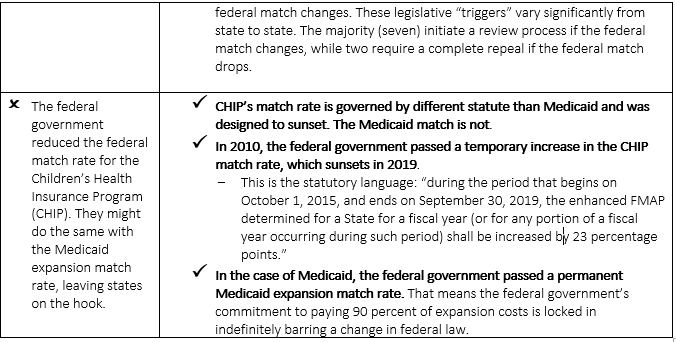 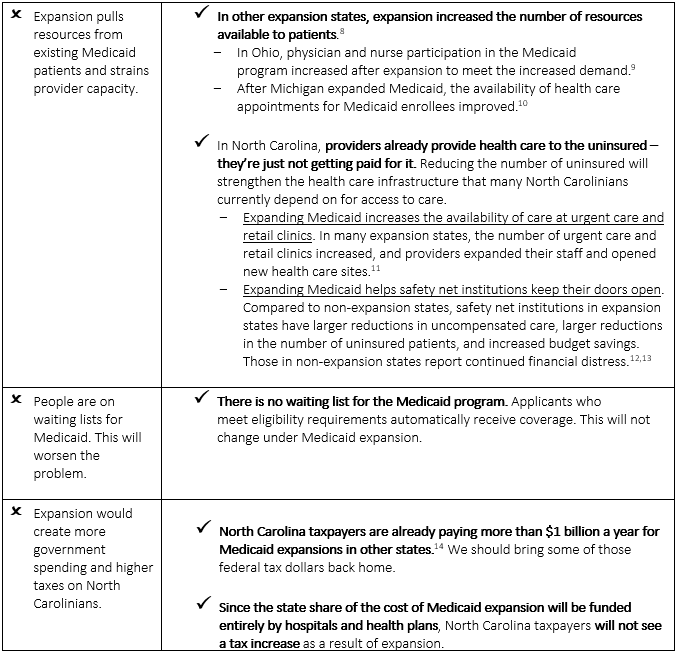 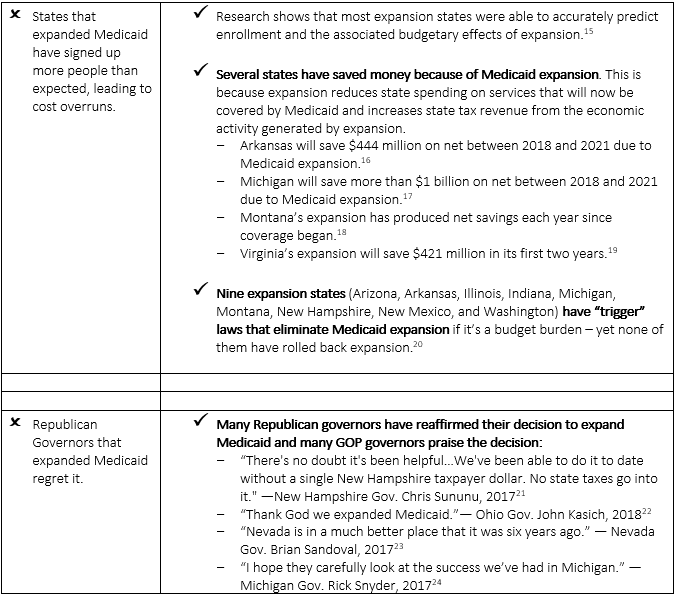